Most footballers who want to tell their life story write a book when they retire. Ryan Babel isn’t ‘most footballers’ though, and so it should be no surprise that his autobiography is coming in the form of a very impressive debut album called ‘The Autobiography - Chapter 1’ — released on November 26. 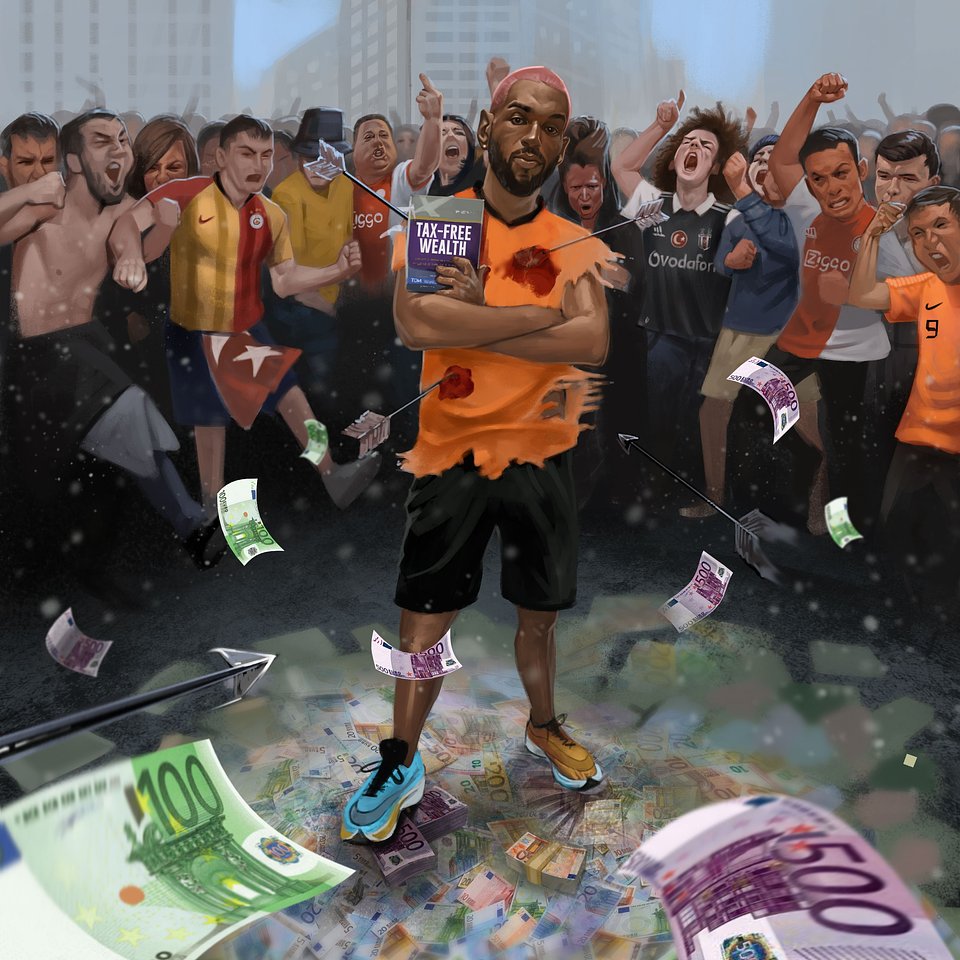 LISTEN HERE
In fact, the idea for the album actually came about because he was asked to write an autobiography during lockdown when his training schedule was put on pause and he suddenly had a lot of free time. Music felt like the most natural way to tell his story, which is why he decided to share different periods of his life and career on the 8 tracks that make up the album. “I am very proud that I was able to tell my story on this record. Making this album was an amazing experience and the creation process with all the people involved was very special,” says Ryan.
Combining influence from classic sample-based hip-hop with modern production sheen and Babel’s impressive Dutch flow, the album is full of big hooks, memorable lines and sweet melodies. It’s a deeply personal record where the lyrical content is well matched with emotive, melancholic sounds. The album was produced by Diztortion and features collabs from hot talents Adje, Cho, Numidia and Cheyenne, and branches out into reggae and soul moments alongside its hip-hop core.
Currently playing for Turkish giants Galatasaray, Babel has had an incredible career on the pitch, playing for Ajax, Liverpool, Hoffenheim, Besiktas, Galatasaray, and in two World Cups for the Dutch national team. This debut album is many years in the making, his musical career no flash-in-the-pan gimmick. With his own label and debuts in the music scene back in 2005, he has serious skin in the game, and this debut album is the culmination of many years of hard work, developing his style and learning his craft in the studio.
Seeing the album format as a more holistic way to tell his life story and the duality of his main passions on the pitch and in the studio, Babel has laid down a marker with his first autobiographical album  that makes clear he is dedicated to expressing himself on the mic and furthering himself as an artist. Like the title says, this is just the first chapter.
‘The Autobiography - Chapter 1’ is out now!
About Ryan Babel
Well-known for his soccer career, playing for Ajax, Liverpool, Hoffenheim, Besiktas, Galatasaray and in two World Cups for the Dutch national team, Ryan Babel is now making waves in the music industry. His love for music began during his childhood, soaking up the sounds of Surinamese bands like La Rouge and La Caz while growing up in Amsterdam’s Bijlmer neighbourhood. Dabbling in a few bands with his friends as he got older, he sang and played keyboards — but it was discovering rap music around the age of 16 that was to be his calling. His exploration into the music of Dutch rappers like Ali B, Lange Frans and Baas B coincided with signing his first contract with Ajax, and his new-found fame brought him into contact with some of these stars. But despite this growing success and passion for his music, some people weren’t happy with his decision to pursue football and music at the same time. This negativity made him retreat from making music himself for a long time. Instead, he decided to continue his interest in the industry by setting up a music management company to help develop other artists. He now sees music as a more holistic way to tell his story, rather than a way to hog the spotlight. That means that he’ll keep on helping to develop other artists, but he’ll also release music of his own.
CONNECT W/ RYAN BABEL
PRESSKIT
Facebook I Twitter I Instagram | YouTube