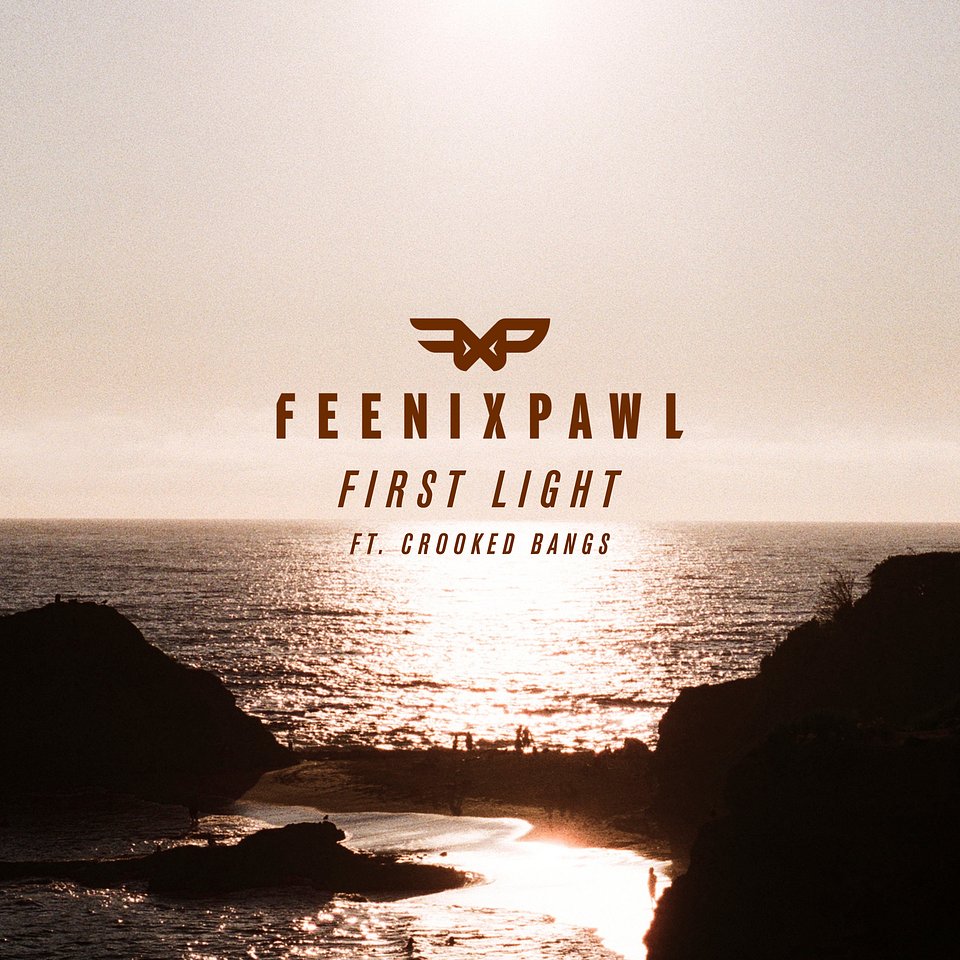 LISTEN HERE
Australian duo Feenixpawl are back with another monster single in the form of ‘First Light’, just in time for the beginning of the festival season. A moody progressive-leaning track, it features haunting vocals from PollyAnna’s ‘digital avatar and virtual artist project’ Crooked Bangs.
Taut bass pulses under a driving house beat and monotone synth tones in the intro before we reach the first heavenly breakdown. The processed vocals of Crooked Bangs blend the emotional with the robotic in beguiling effect, with a tinge of Grimes in her style. A soaring trancey build up lifts the track into overdrive, thrusting us into the drop where the catchy chorus glides over the big room groove. The extended main break lays on gorgeous chime chords and a cinematic feel, giving the drop maximum impact once it returns.
Loved by everyone from Pete Tong to Axwell, Feenixpawl go from strength to strength with every new release. They’ve remixed the likes of Rihanna, Nervo, Jess Glynne and Kaskade, hit the #1 spot on the Beatport Trance Chart, received GRAMMY and ARIA award nominations and topped 4 billion streams to date. Crooked Bangs makes for a perfect accompaniment for their atmospheric style, herself with over half a billion streams to her name including many infectious dance hits.
About Feenixpawl
Feenixpawl are Aden Forté and Josh Soon. Two of Australia’s most prominent house DJs/Producers. With numerous world tours, multiple Vegas residencies, over 4 billion cumulative streams, multiple awards including an ARIA, and even a Grammy nomination, the duo has cemented themselves as respected tastemakers across the electronic music culture. After a breakout year in 2012 with the release of “In My Mind”, a Pete Tong championed Essential New Tune, the duo stormed onto the dance music scene and established their presence as two of Australia’s most prominent exports. Back in 2019 they collaborated with fellow Aussie MaRLo to bring the world “Lighter Than Air”. The track shot straight to number one on the Beatport Trance Charts and became the eventual ASOT Tune of the Year for 2019. It then went on to be included in the ASOT1000 best trance tracks of all time. With even more huge tracks and collaborations on the way, the future is only looking brighter for the Aussie duo.
CONNECT W/ FEENIXPAWL
Instagram | Facebook | Spotify | YouTube | Twitter