David Guetta, DJ Snake, Dimitri Vegas and Like Mike, Boris Brechja, Jamie Jones, and many more took the stage at the "biggest club in the world” in the heart of Frankfurt 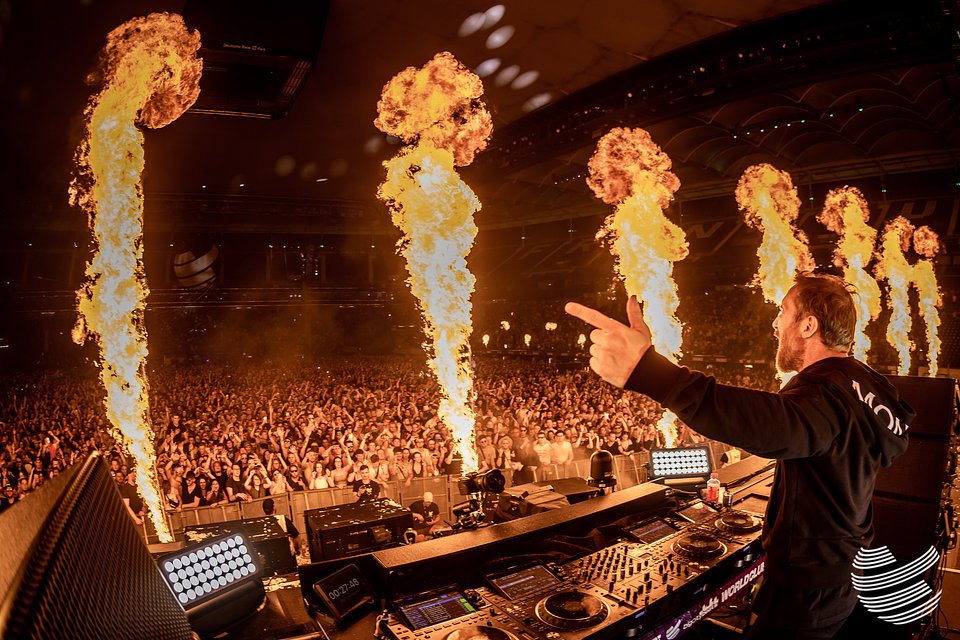 BigCityBeats WORLD CLUB DOME returned to the Deutsche Bank Park in Frankfurt to celebrate Europe’s first major post-Covid club music event. Over 180,000 electronic music fans from over 70 countries were welcomed for a 3-day music marathon featuring some of the world’s biggest electronic music acts,  living up to the promises to yet again be a magical highlight of an already unprecedented festival season.
WORLD CLUB DOME transformed the Deutsche Bank Park into ‘the biggest club in the world’ featuring a mindblowing Sin City theme. The Vegas-style pleasure palace saw sports fields become helicopter landing pads, flying in superstar DJs such as Steve Aoki, Robin Schulz and Timmy Trumpet, followed by a ‘walk of fame’, eternalising their WORLD CLUB DOME stardom on the world's longest red carpet accompanied by BigCityBeats CEO and WORLD CLUB DOME creator Bernd Breiter.
“When I was a small boy, I dreamed of making music together with an orchestra, I also dreamed of becoming an astronaut. When this small boy grew up he also dreamed of becoming a chef. During the last three days, I have achieved every one of these dreams. And this little boy has grown, and in doing so has been able to fully realise all his dreams, thanks to many many wonderful people. The metamorphosis of the two universal languages of music and cuisine brings people together and is particularly important during this current time. All of this has formed into a complete work this weekend, as it has never existed in this form before – from outer space to the deep sea. And that combined with the many thousands and thousands of beaming faces, all happy and enjoying themselves connected by the power of music,” explains a proud and overwhelmed Bernd Breiter, CEO of BigCityBeats and creator of the WORLD CLUB DOME.
The star-studded line-up saw over 200 world-renowned headliners perform on 25 different stages, featuring everyone from David Guetta and MORTEN, to NERVO, Deadmau5, Sven Väth, Steve Aoki, Loco Dice, Angerfist, and Infected Mushroom, and so many other names across the electronic music spectrum. On Saturday, WCD Pool Sessions gave visitors the chance to take a refreshing dive in the pool, while enjoying the signature hard-hitting tunes of Jamie Jones. Robin Schulz took the outdoor mainstage while Timmy Trumpet made the masses go wild with his incredible beats. “A lot of people have ideas, Bernd makes dreams come true” says Trumpet. The legendary DJ Snake closed down the “biggest club in the world” for the very first time, impressing his fans with breathtaking laser- and fireshows, while spoiling them with his latest bangers, putting on a high-level performance like no other.

On Sunday, the “biggest club in the world” surprised fans with a packed and impressive final day. The outdoor mainstage presented a hip-hop takeover with a fine selection of Germany’s best hip-hop acts such as Sido, Kool Savas, Haftbefehl, and Juju, followed by a banging finale by none other than the iconic Scooter. Meanwhile WCD Pool Sessions saw a takeover from Cocoon with Sven Väth and Masquerade with Claptone. The incredible event was rounded up with a monumental closing show, where David Guetta gave 60.000 visitors a performance of a lifetime, leaving WORLD CLUB DOME fans eager and excited for coming editions.

Fans won’t have to wait too long for the next event as they can already look forward to the “Winter Edition” of the BigCityBeats WORLD CLUB DOME on December 16th and 17th, 2022 in Düsseldorf. The Frankfurt return of the “Biggest Club in the World”  is also already scheduled, as the “Atlantis Edition” is set to take place from June 9th to 11th, 2023 in Frankfurt. Further details and early bird tickets on both events can be found at www.worldclubdome.com. 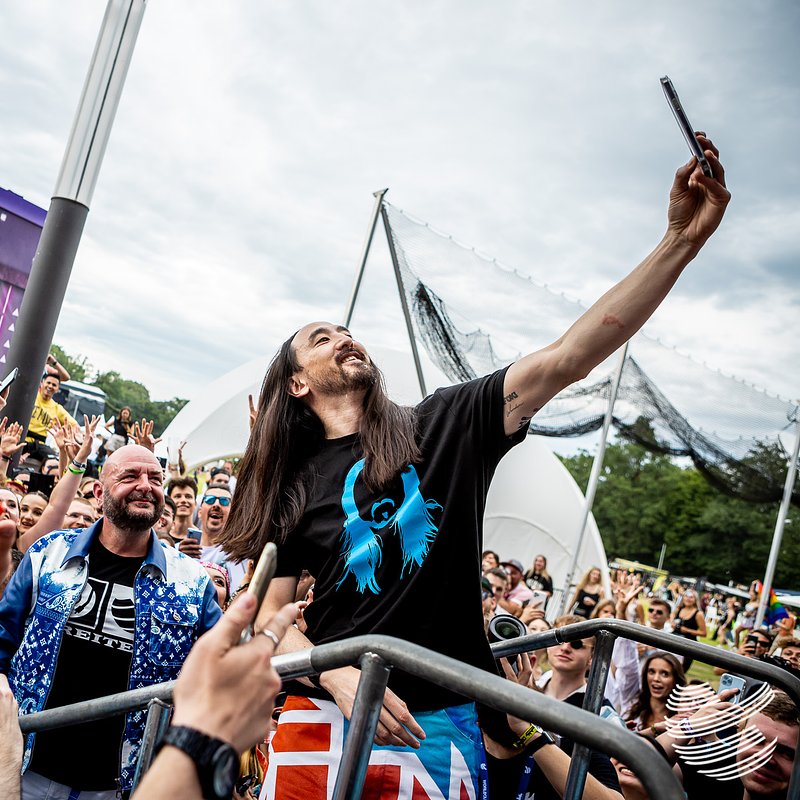 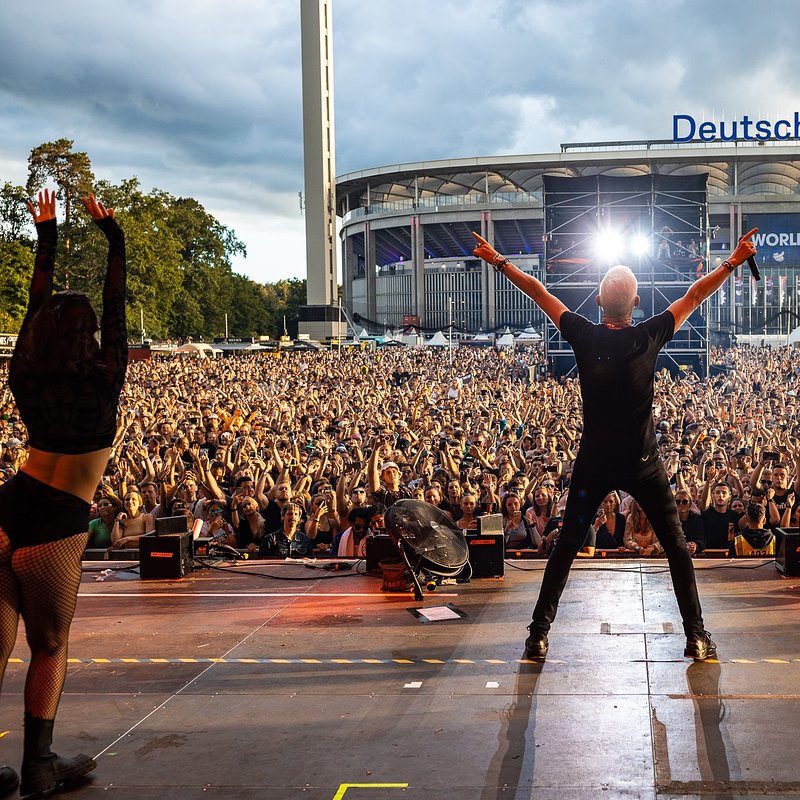 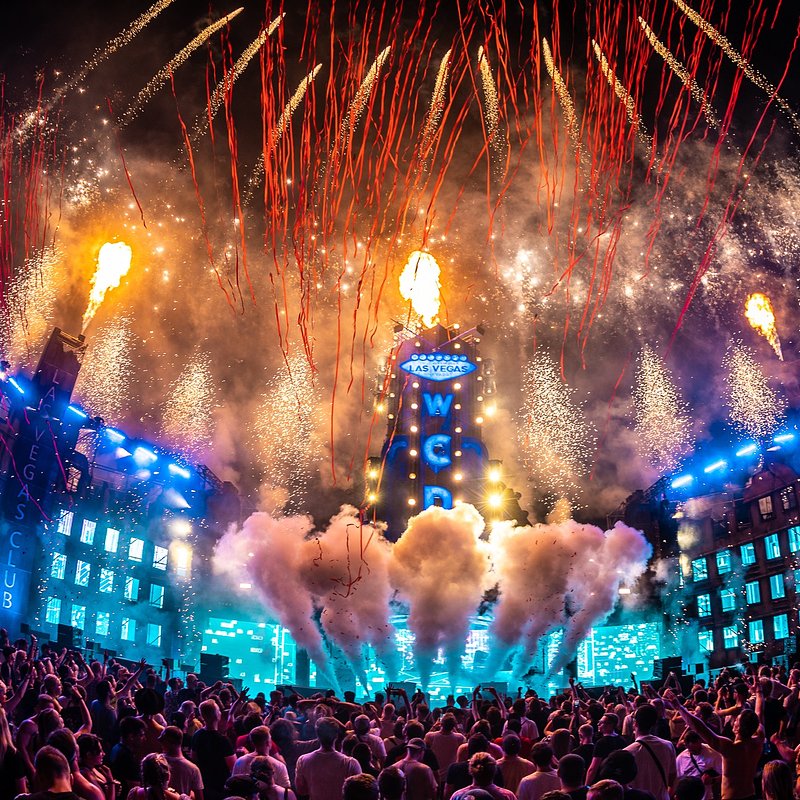 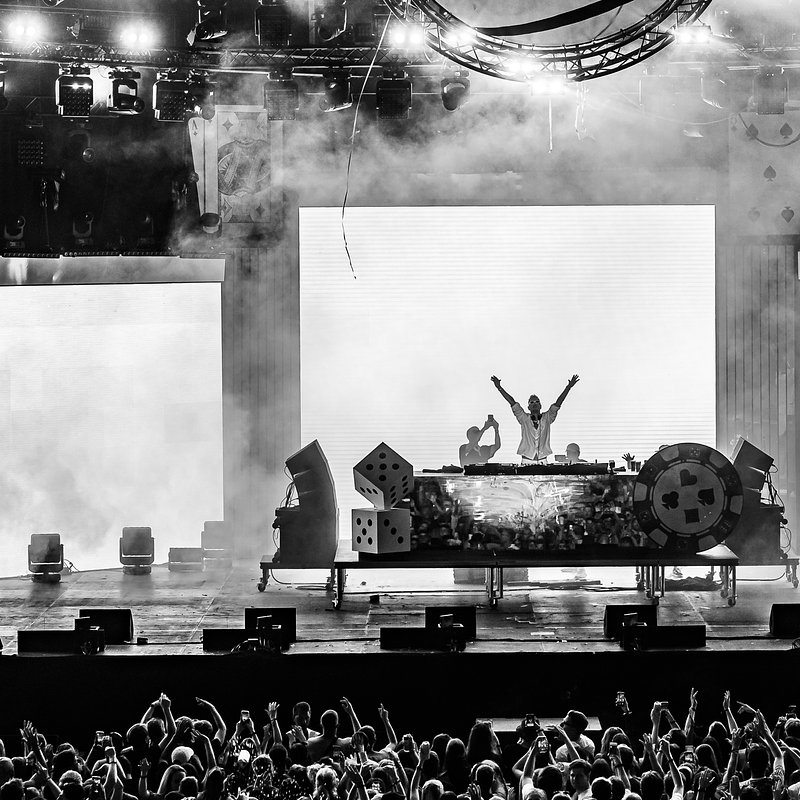 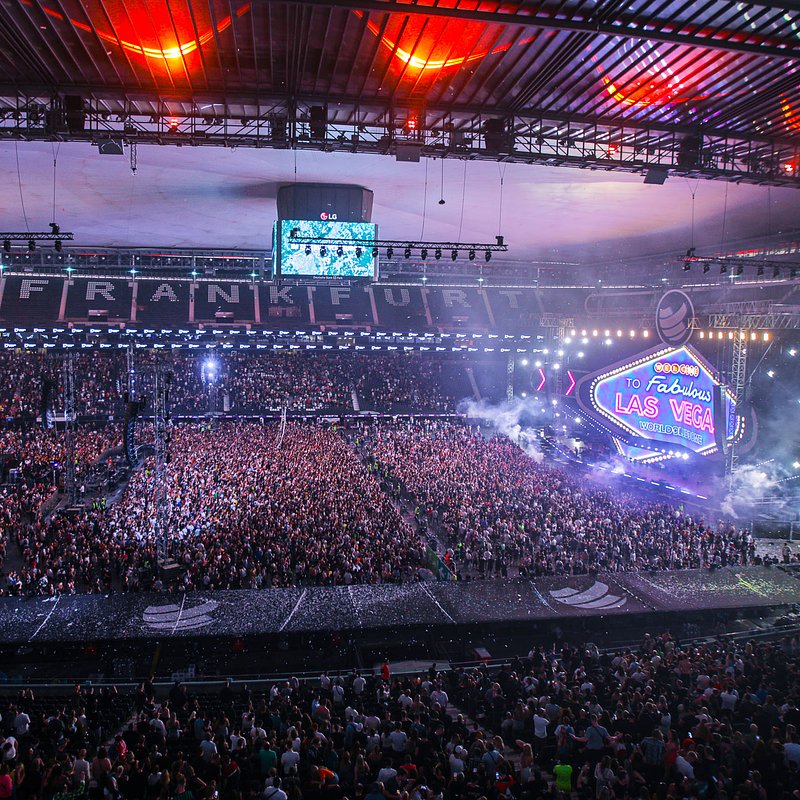 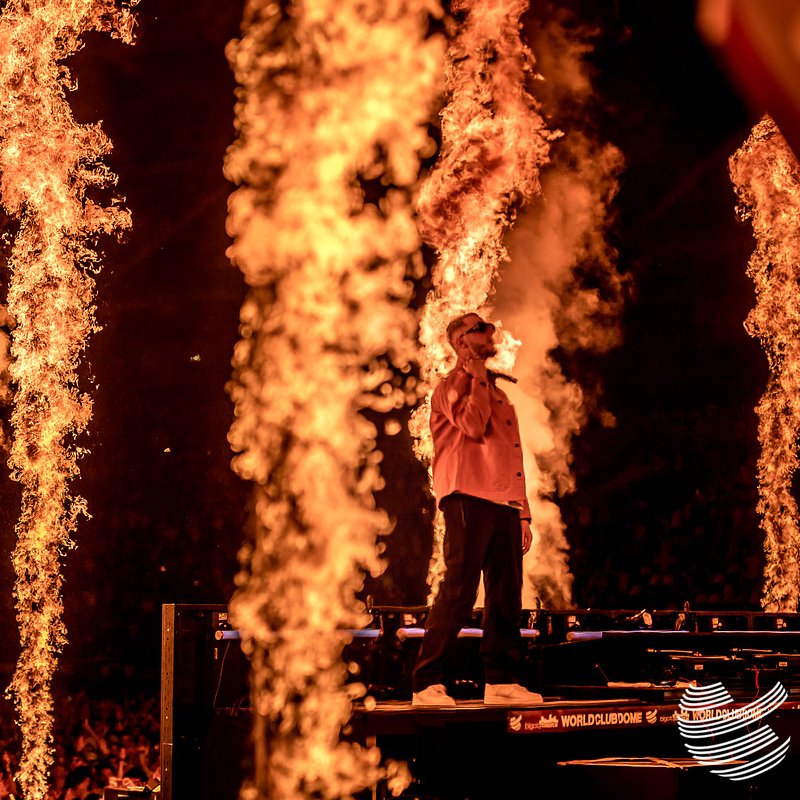 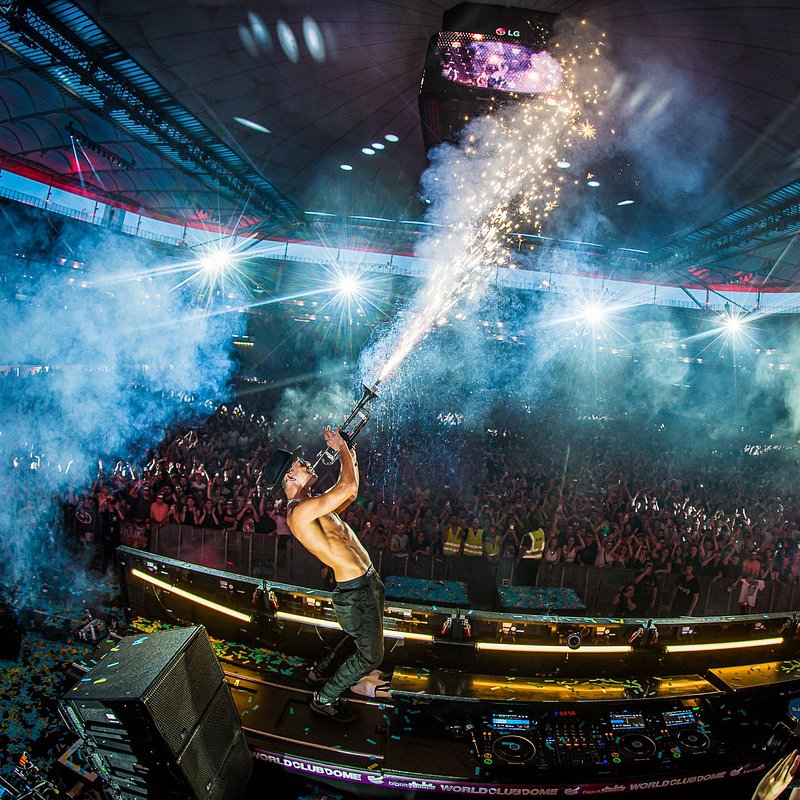 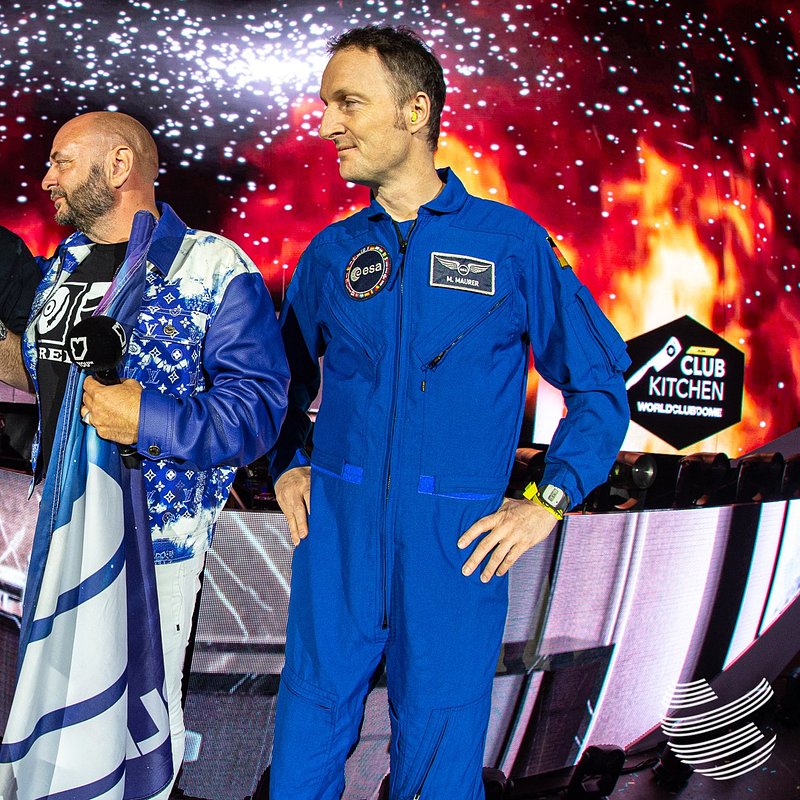 About BigCityBeats WORLD CLUB DOME: Las Vegas Edition
The Deutsche Bank Park is enthroned on green meadows, surrounded by blue water, framed by picturesque forests. Every year on the first weekend in June, BigCityBeats transforms the urban archipelago of the Deutsche Bank Park into the Mecca of club music culture. 2022’s edition will see Las Vegas move to Europe as BigCityBeats recreate a Las Vegas atmosphere in the middle of Frankfurt. BigCityBeats WORLD CLUB DOME will be transforming 700.000 square meters of land into a new city district for three days. Sports fields change into helicopter landing pads flying in the biggest DJs on the planet, while Las Vegas wedding cathedrals invite visitors to attend the biggest weddings featuring over tens of thousands of festival groomsmen and women. The world's longest red carpet will become a walk of fame for visitors and artists whilst a gigantic MainStage placed in the middle of the stadium will create the largest dance floor in the world. 120 trucks will be supplying the technology to house 1.8 million watts of sound while magicians, showgirls, dancers and many more side acts ignite the show flair of Las Vegas at every point of the Deutsche Bank Park.
About BigCityBeats
Label, radio shows, event and festival agency, merchandise distributor, live entertainment - BigCityBeats has been one of Europe's most successful event brands for over 17 years. Bringing you the sound of the metropolises, BigCityBeats has quickly established itself as a global music platform following its catapult launch at the beginning of the new millennium, revolutionising event experiences and redefining event production. From the big city to the world, and from the world to the universe, BigCityBeats has travelled from Frankfurt am Main to Düsseldorf, Asia, the Caribbean, Hollywood, and ultimately into space - where Bernd Breiter built the 1st "club" in space together with the ESA. With a performance from ESA astronaut and ISS commander Luca Parmitano, BigCityBeats and ESA broadcasted the 1st ever DJ set from space to the BigCityBeats WORLD CLUB DOME Cruise Edition in 2019, doing something no other festival has ever done before.
CONNECT W/ WORLD CLUB DOME
Instagram | Facebook | Website
CONNECT W/ BigCityBeats
Instagram | Facebook | Website | YouTube

NOTE FOR EDITOR / NOT FOR PUBLICATIONSFor interview requests and other inquiries, please reach out to Cathelijne Noortman or Nico van der Woude - The Media Nanny