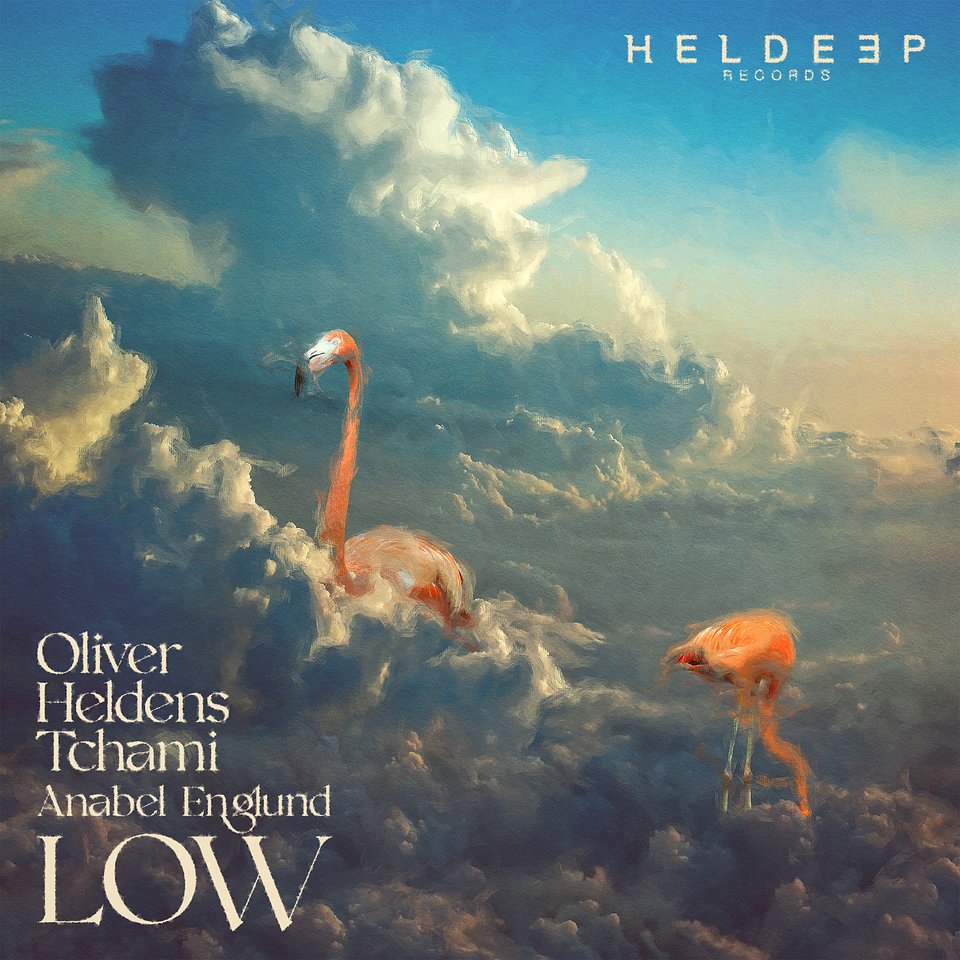 LISTEN HERE
‘LOW’ sees Oliver Heldens and Tchami head into deeper, atmospheric house territory, with a beautiful vocal at its center. An unassuming intro laying out a taut house/tech percussive groove leads us to pulsating bass throbs, and soon to mystical breakdown where the vocal emerges in all its sultry glory. The infectious chorus hook drops as the pretty synths are sucked back into the ether and the bass returns with its weight contrasting the lightness of the vocal. Subtle synths weave back into the mix as breathy vocal harmonies glide atop. A more expansive breakdown shines even more light on the beautiful topline, allowing for maximum impact on the final drop.
Heldens has been as busy as ever in recent times, releasing the huge Nile Rodgers and House Gospel Choir collaboration ‘I Was Made For Lovin’ You’, hitting #1 on US Dance Radio with his previous Anabel Englund-featuring smash ‘Deja Vu’, and remixing Adam Beyer’s monstrous ‘Restore My Soul’ under his HI-LO techno alias. With a jam packed schedule of summer festivals and headline shows  ahead of him, he’s never short of big new tracks to delight the crowds with, and ‘LOW’ is yet another great addition to his arsenal.

Fresh off of a busy start to festival season, with appearances at Coachella, Ultra, EDC Las Vegas, Creamfields Chile, and more, Tchami’s latest release ‘The Calling’, a collaboration with Marten Hørger, impressed dancefloors across the world. Just prior to that, he released a  vibrant remix for Flume’s ‘Say Nothing feat. MAY-A'. With many festivals and headline shows planned for the coming months, Tchami is looking at a very prolific and busy summer ahead.
Anabel Englund has also previously collaborated with the likes of MK, Dombresky, Jamie Jones, Yotto and Lee Foss, and has scored six consecutive US Dance Airplay #1 singles. She was named iHeart Music’s Dance Artist Of The Year in 2020 and was nominated again in 2022, sharing the category with the likes of David Guetta and Swedish House Mafia. She has also been releasing singles via her collaborative project ‘Messing With Magic’ with Lee Foss and MK, on MK’s AREA10 label in recent years. A true house music star, her gorgeous voice makes for the perfect compliment to Heldens’ addictive grooves.
About Oliver Heldens
Oliver’s career has been a whirlwind of mind-boggling success ever since his breakout hit ‘Gecko’ was taken to the UK No. 1 spot with a vocal from Becky Hill, with the record receiving Platinum sales status across the globe. A collaboration with Tiesto and remixes for Calvin Harris, Coldplay, Justin Timberlake & SZA, Katy Perry, The Chainsmokers, Charlie Puth, Chic, and Jamiroquai followed, besides a plethora of popular original productions amounting to over 2 billion streams globally. After more than 25 releases under both his highly-renowned monikers in 2020, and 18 releases in 2021, Oliver was the #8 most supported artist on 1001tracklists in 2021 which followed his title as the #1 most supported artist on the platform in 2020, and landed in the DJ Mag Top 10 for the fourth year in a row. With the 27-year-old global superstar’s relentless tour schedule, Oliver continues to be at the forefront of the global DJ circuit bringing his eclectic, high-octane sound to major festivals including Coachella, Lollapalooza, EDC, Tomorrowland, Ultra and more. Heldens continues to release various club records through his label Heldeep Records and radio tracks via RCA Records as well as host his weekly radio show, Heldeep Radio.
About Tchami
Parisian producer Tchami has built a loyal fanbase on both sides of the Atlantic with his genre-defying sound and unique brand of spiritual house music. Tchami changed the dance music scene forever with era-defining tracks including ‘Afterlife’, ‘Adieu’ and ‘Promesses,’ and has toured alongside the likes of Skrillex, Diplo, and DJ Snake, and performed at world-renowned festivals like Coachella, Lollapalooza, Creamfields, Ultra and Tomorrowland. Tchami has been supported by key tastemaker publications including Billboard, Complex, Rolling Stone, Forbes, VICE and Variety, while also gracing the cover of Spotify’s most notable playlists including MINT, New Music Friday, Cratediggers and more.  A versatile producer with appeal that stretches far beyond the dance floor, Tchami caught the eye of pop-icon Lady Gaga, who enlisted him to co-produce her latest album CHROMATICA. Tchami is credited for working on four singles from the album, including her first release ‘Stupid Love’, collaboration with Ariana Grande ‘Rain On Me’, as well as ‘100 Doves’ and ‘Babylon,’ cementing his status as one the industry’s most sought after producers. His debut album Year Zero exudes renewal, a creative rebirth. Drawing on musical culture and various experiences, Year Zero remains very personal regardless of its genre. Amongst the album tracks are standout double-single releases ‘Born Again’ / ‘Buenos Aires’ and ‘Proud’ / ‘Ghosts’, as well as collaborations with US grammy-nominated rapper Gunna and singer ZHU. Tchami continues to spearhead his successful label Confession as he returns to his heavy global touring schedule.
About Anabel Englund
Singer, songwriter & DJ Anabel Englund’s sound is entrancing in its dichotomy; bright and carefree with her authentic Southern California breeziness. Other times she is irresistibly alluring with her dark, smoldering touch. The 2020 iHeart Music “Dance Artist Of The Year” nominee explores the dynamics of that captivating contrast with her debut album “Messing with Magic”.The Los Angeles-based artist spent late 2019 and all of 2020 putting out singles  from “Messing With Magic” leading into its formal release in December on MK’s AREA10 label with Ultra Records, with the “Messing With Magic Deluxxe” album following in 2021. Beyond four #1 US Dance Airplay singles “Waiting For You” with Yotto, “Underwater” with MK, “So Hot (MK & Nightlapse Remix)” and “Picture Us” (marking her as the first female to score six #1’s in two years), the album highlights a variety of dance floor friendly tracks and heartfelt compositions including collaborations with Dombresky, Lee Foss and Jamie Jones. During the thick of the COVID-19 pandemic while the world was on lockdown, Anabel took the opportunity to promote her music by sharpening her DJ skills and acoustic performance to perform a variety of live streams. Now represented by CAA for both US and International, Anabel kicked off 2022 with a nomination in the category Dance Artist Of The Year for iHeart’s Music Awards. Catch her this season on a variety of tour dates and festival dates.
CONNECT W/ OLIVER HELDENS
PRESSKIT
Instagram | Facebook | Website | Twitter | Spotify | Soundcloud | YouTube
CONNECT W/ THAMI
Instagram | Facebook | Twitter | Spotify | Soundcloud | YouTube
CONNECT W/ ANABEL ENGLUND
Facebook I Spotify I Instagram I Soundcloud I YouTube