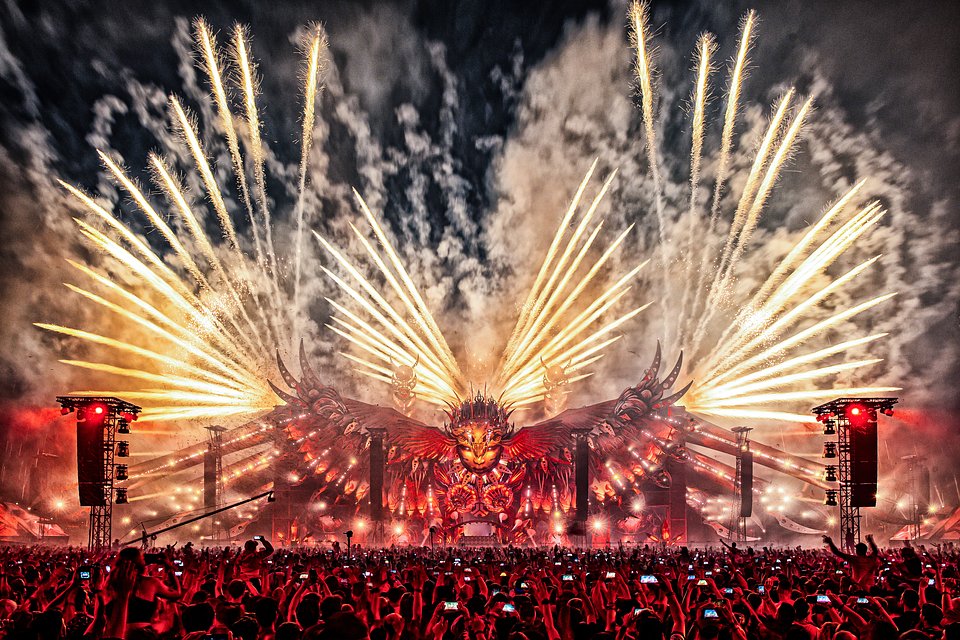 After a hugely successful edition of Defqon.1 Weekend Festival, fans can now rewatch The Endshow online. The highly-anticipated video shows the final spectacle of the festival, including the world’s largest breathing moment with Wim Hof.

The Endshow was packed with memorable moments and kicked off with a ballerina dancing to The Swan Lake. Continued by Wim Hof, also known as The Iceman, who took over the main stage to host the biggest breathing exercise in history together with Psyko Punkz and up to 65,000 harder styles fans. This legendary moment inspired the pair to collaborate on a new record, which will be released on July 22nd. This year was truly a unique show with fireworks, dancers, lights and lasers, captured by multiple drones to make it one to remember.

Almost 100,000 visitors from over 100 different countries united in Biddinghuizen the lastweekend of June for the biggest edition of Defqon.1 Weekend Festival. For the first time in its 20-year history, fans could enjoy four days of the best artists in the scene at the iconic harder styles festival. From Thursday until Sunday, 50,000 camping visitors attended the event, taking in the unprecedented performances from the likes of D-Block & S-te-Fan, Angerfist, Sefa, Ran-D, Warface, and Gunz For Hire. The 10 main areas on the festival grounds were complemented by additional areas such as The Big Chill, STËLZ party bus, and pop-up areas at various locations throughout the festival, such as the toilets, the lockers, a caravan, the gym, and a mobile area across the grounds. During the night, the party continued with three silent discos that were all packed until 3 am. Those who stayed at home had something to cheer about as well: the event was livestreamed through the Q-dance Network app, where thousands of fans of the scene from all over the world watched the various live streams of the event.

About Q-dance
Q-dance is the world’s biggest hardstyle event organiser. The Dutch company welcomes over half a million fans annually to their events in and outside of the Netherlands. Since they started in 1999, Q-dance remain industry leaders who have successfully launched some of the most recognisable festival brands including Defqon.1 Weekend Festival, Qlimax, X-Qlusive, Dominator, and QAPITAL. Their impressive stage designs, compelling shows, high-quality line-ups, and ability to build huge fan communities have set them apart as pioneers in the dance music industry. Q-dance is part of the widely-renowned ID&T Group which unites 70 festival and nightlife icons under one roof.
CONNECT w/ Q-DANCE
Instagram | Facebook | Website | Spotify | Soundcloud | YouTube