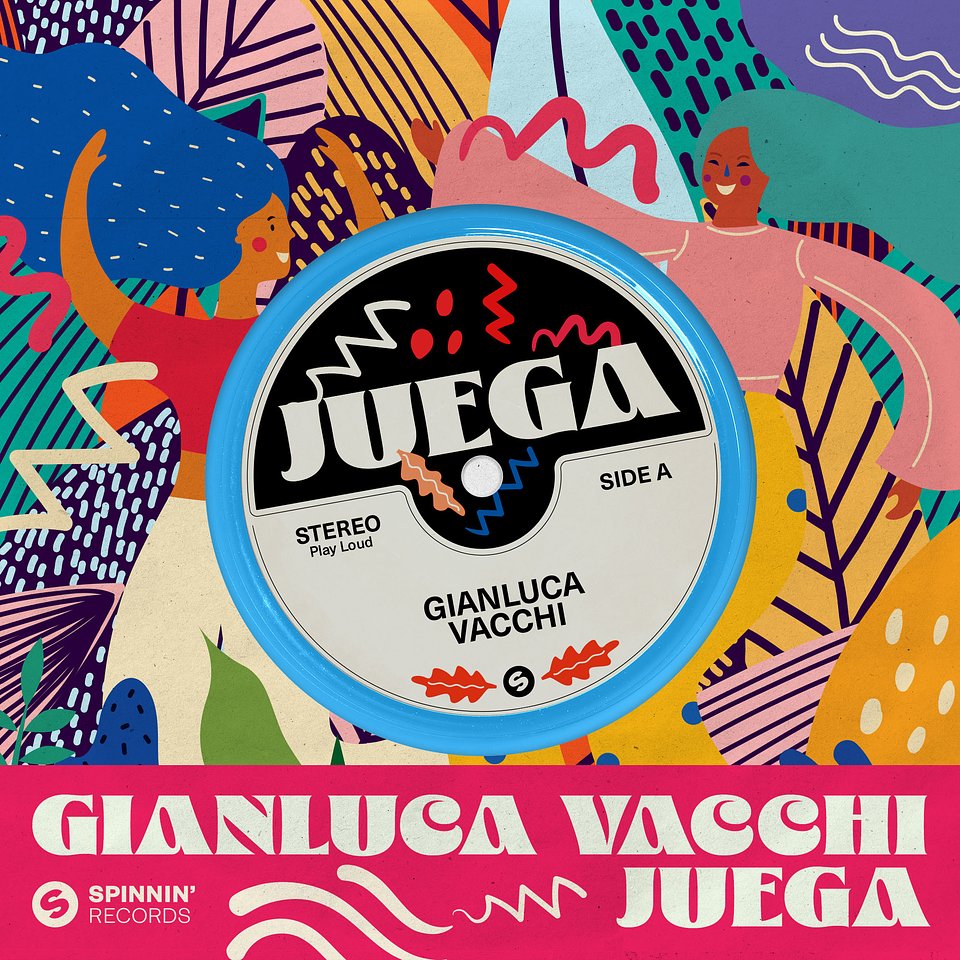 LISTEN HERE
Modern lifestyle icon Gianluca Vacchi continues to impress, as he presents his fiery new single 'Juega'—coming fresh on the wings of his trademark latin soaked deep house style. Unveiling his DJ persona with the most hot blooded productions for many years already, the Italian man of mystery is set to highlight the current summer season with this lively record, bursting of percussive splendor and simmering vocals - out now on Spinnin’ Records.

Enjoying one of the most remarkable careers in modern dance music, Gianluca Vacchi is the true incarnation of how far passion and dedication can take you. Making his fortune in the business world, he then took his life into another direction round, kicking off a DJ career and a widely popular role as social media influencer.

While hanging with celebrity friends, enjoying the jet set life, and sharing the most outrageous snapshots from it, Vacchi also managed to release various worldwide hits, reaching critical acclaim by many DJ’s and dance connoisseurs.

Characteristic for his style are warm latin influences, embedded in sturdy deep and tech house grooves. This was on full display from his massively supported 2017 debut single 'Viento' to more recent releases like 'Cucaracha', a collab with Alterboy and Thorn. In the meantime, the Italian stallion also dropped a series of pop hits, including his biggest smash 'Love' in 2018, together with Colombian star Sebastian Yatra, and 2020 favorite 'Para' with Caribbean singer Ir Sais - all racking up tens of millions of streams.

Gianluca Vacchi has a taste for strong hooks, so much is clear. 'Juega' lets him go all the way, as he perfectly combines his celebrated house sound with an extremely festive vibe. The track’s title doesn’t translate to ‘play’ for nothing, this allround tastemaker and influencer is eager to get out there and enjoy life - and he brings the right tune for everyone to join in.
Gianluca Vacchi - ‘Juega’
Out now on Spinnin' Records
About Gianluca Vacchi
Entrepreneur; social media star; DJ; producer; Gianluca Vacchi is a man who triumphs whatever he puts his hands to. His athletic, hedonistic, daredevil playboy antics on social media made him a star whose charisma people were naturally drawn to, and after amassing an enormous following he decided to follow his dreams in music. With the releases of ‘Love’ with Sebastián Yatra, ‘Subelo y Bajalo’ in collaboration with Nfasis, ‘Mueve’ with non-other than Nacho, Becky G, and MC Fioti, and ‘Para’ ft. Ir Sais, Gianluca has quickly become a major force in the music industry. At the head of a social media empire, Gianluca Vacchi and partner Sharon Fonseca have proven that nothing can resist their contagious positive energy and endless creativity. The ambitious couple succeeds in everything they undertake both in business and in life, all while discovering parenthood and entertaining millions around the world. With an astounding success story and an equally lavish lifestyle, they have the capacity and all the qualities to be one of the world’s strongest and most inspiring power couples.
CONNECT W/ GIANLUCA VACCHI
Facebook I Instagram | Spotify | Soundcloud | TikTok

The Dutch techno superstar will be supported by the likes of Kiki Solvej, Nico Moreno b2b Dyen, Speedy J and more names to be announced