Garnering billions of streams with his highly praised Future Rave tracks, MORTEN now hits on his own with ‘No Good’ 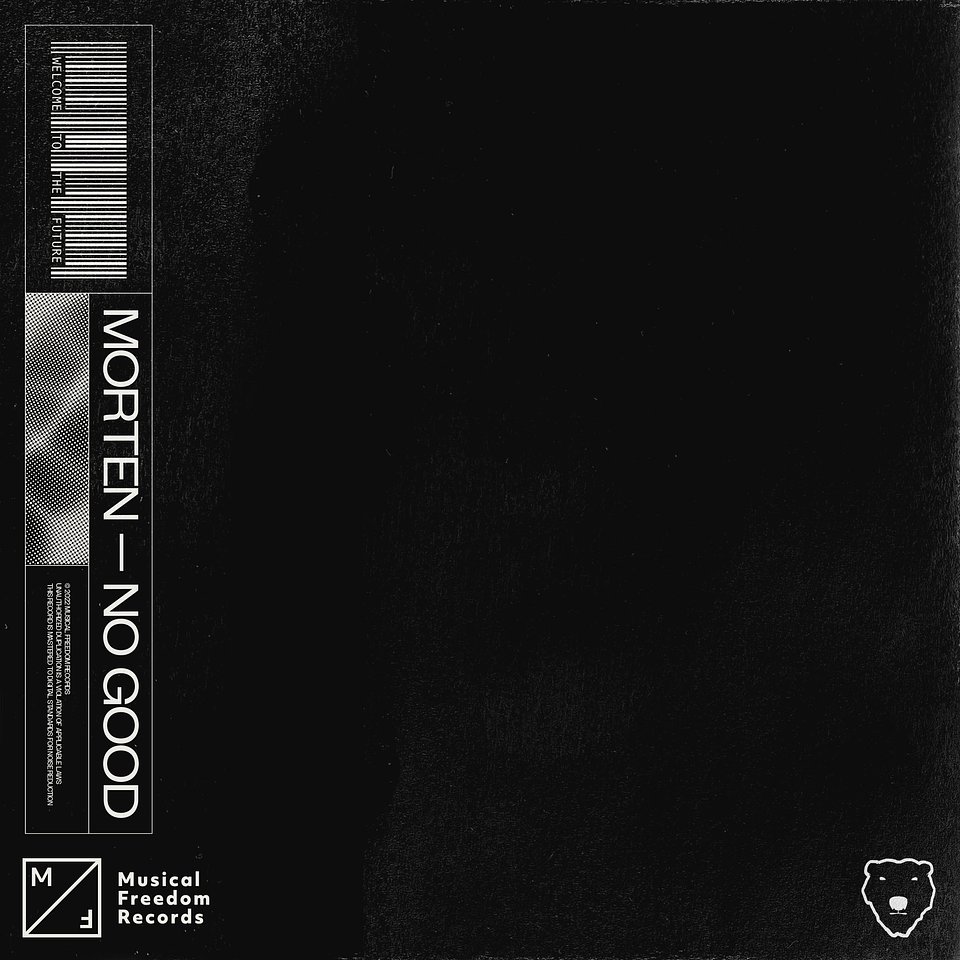 LISTEN HERE
Stacking up hit after hit with Future Rave, MORTEN is finally releasing his highly anticipated solo track ‘No Good’. After shattering the dance scene for the past two years, selling out the opening night of Hï Ibiza’s Future Rave residency as well as Exchange LA and Brooklyn Mirage, MORTEN’s solo revival is something that has been on everyone’s mind.

MORTEN has always kept an iconic trademark, combining melodic sounds with the heart-throbbing beats of underground dance music. Bringing real change to the dance scene with Future Rave, MORTEN is now flying solo on ‘No Good’. After teasing the track in some of his sets, he left worldwide crowds speculating about a track everyone was keen to see him release.

Out on Tiësto’s Musical Freedom, ‘No Good’ has clearly been well worth the wait. Sampling The Prodigy’s iconic 1994 track ‘No Good (Start The Dance)’, MORTEN gives one of his biggest inspirations a new twist. Kicking off with a high energy riff, the enchanting topline soon sets in and the vocal leads into a thumping synth which combined with an accelerating drum, drive the track into a pulsating and orbicular bass heavy drop.

On the track, MORTEN says: “The Prodigy have always been a big inspiration for me, the first concert I ever went to was to see them back when I was 14 and I have admired their work ever since. Using the sample of one of their songs for my first solo track in a long time seemed like the perfect choice as they have inspired me for so many years. This track is really important to me and being able to tie it to The Prodigy is an honor for me.”

In the middle of a packed festival summer, MORTEN can be caught on a stage in nearly every European country, and every Friday at Hï Ibiza with good friend David Guetta for their 18-week long Future Rave residency.
No Good is out now on Musical Freedom
About MORTEN
MORTEN has been taking over the industry for the past two years with his innovative new ‘Future Rave’ sound together with good friend David Guetta, inspiring DJs worldwide and creating an entirely new culture. He has gathered an audience of 4.7M monthly listeners on Spotify alone, releasing hit after hit with the Guetta-collab being on top 5 of the most played records in the world by DJ’s for 7 weeks. As last year’s highest new entry in the DJ Mag Top 100, landing at #20 in the 2021 1001 Tracklists ranking, a residency at Hï Ibiza this summer, and shows on the mainstages of EDC Las Vegas and Tomorrowland, MORTEN does not need to assert his spot anymore. His ability to transform his music between melodic, captivating vocals and his well known, recognized snare and bass heavy drops set him apart from most artists.

He also has had amazing success with his merchandise collection “BBA”, the most successful merchandise line in Denmark, which has sold out within hours after each collection dropped. He continues to prove his artistry spans even further by having his own resident radio show “Future Friday” with Tomorrowland’s One World Radio.
CONNECT W/ MORTEN
Instagram | Facebook | Spotify | Soundcloud | YouTube