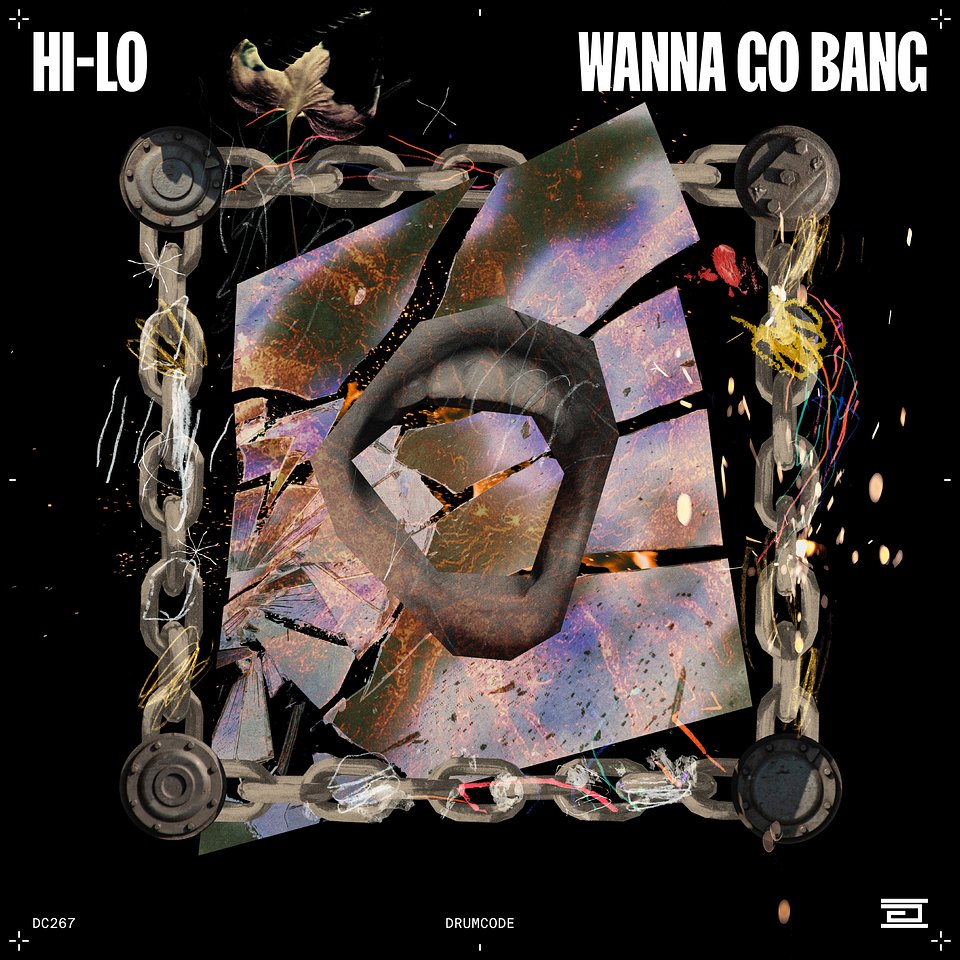 LISTEN HERE
Oliver Heldens’ techno alias HI-LO has been building steam over the last 12 months, remixing Nina Kraviz’s ‘Skyscrapers’, sharing line-ups with everyone from Erol Alkan to Pan-Pot and Enrico Sangiuliano on the world’s biggest stages, while also collaborating with Reinier Zonneveld, Eli Brown, and Space 92. All the while he’s kept in contact with Beyer, a sophomore offering on Drumcode always on the cards.

‘WANNA GO BANG’ is a high-powered Chicago-influenced weapon, that tastefully adapts its vocal from a DJ Deeon classic, before a volley of drums throughout the mid-section adds a clever dynamic energy to the track. Already teased in HI-LO’s sets, and widely supported by the underground’s finest like Carl Cox, Adam Beyer, Amelie Lens, Enrico Sangiuliano, ANNA, and many more, ‘Wanna Go Bang’ is set to dominate clubs worldwide.

HI-LO has much more in stock, as he is set to be releasing another track on Drumcode on October 7th. ‘LOKOMOTIF’ is five minutes of pure machine funk as HI-LO crafts a fantastic groove driven by 90s house synth stabs. The track which has been in the works for the past two years has been teased in HI-LO’s sets over the summer, garnering support from none other than Carl Cox, and is finally ready to be unleashed into the world.

On both tracks, Oliver Heldens says “‘WANNA GO BANG’ is my take on Chicago Ghettohouse legend DJ Deeon’s classic vocoder vocal sample (from his 1992 song “2 B Free”, but it’s pitched down 5 semitones now which gives it such a dark vibe). I’ve always wanted to make my own DJ weapon version of it since I heard Bjarki’s trippy version in 2015, and I’m really happy with how it turned out, it’s such a monster! 'LOKOMOTIF' is a high-energy groover, driven by 90s House synth stabs, funky percussion and banging drums, and it sits very nicely in between Techno and House. Both are really ‘dance floor’ focused, so I’m very pleased that many noteworthy DJs have been banging out these tracks in their sets already pre-release. And I couldn’t be happier than to see them released on one of my all-time favorite labels, Drumcode!”
‘WANNA GO BANG’ is being released as an advanced streaming single on 30 September, while ‘LOKOMOTIF’ will be released the week after on October 7th.
About HI-LO
Oliver Heldens’ HI-LO alias is reserved for his deepest and darkest records. His tracks ‘Zeus’ & ‘Kronos’, landed in the top 10 of the most supported Techno tracks according to 1001tracklists’ data in 2020, which was a contributing factor to Oliver being awarded the coveted spot as the #1 most supported producer platform wide. His releases inspired by the Greek Gods, like ‘Poseidon’, ‘Athena’, ‘Hades’, ‘Check’ and more recently ‘Saw of Olympus’ and the ‘Balearic Mornings’ EP with Dutch techno giant Reinier Zonneveld on Filth on Acid, garnered millions of streams and support from all across the Techno scene and beyond, contributing to HI-LO’s #4 best selling Techno spot on Beatport in 2021. With no signs of slowing down, HI-LO’s delivered massive remixes for Nina Kraviz and Adam Beyer, and released his debut EP ‘Hypnos’ on Drumcode, which includes the title track plus the dance floor stomper ‘Hera’ that has seen further support from the likes of Adam Beyer himself, Carl Cox, Robert Hood, Pan-Pot, Dubfire, Joseph Capriati, ANNA, Joris Voorn, Nicole Moudaber, Marco Faraone and many more, proving HI-LO is a Techno mainstay for the long haul!
CONNECT W/ HI-LO
Facebook I Twitter I Instagram I Spotify | Apple Music | SoundCloud
CONNECT W/ DRUMCODE
Website | Instagram | Facebook | SoundCloud
NOTE FOR EDITOR / NOT FOR PUBLICATIONFor interview requests and other press inquiries, please reach out to Anabelle Kemplen or Jaëlle-Laurence Günther - The Media Nanny

GORDO debuts in the Middle East with three performances

Global phenom Oliver Heldens returns under his HI-LO alias, this time joining sonic forces with Drumcode mainstay Layton Giordani for the turbulent techno heater, “Rabbit Hole.” Moody, visceral, and downright ferocious, the new release checks all of the boxes for an 11th...

GORDO takes on the Big Apple for New Years Eve, bringing his world famous sound to The Brooklyn Hangar

GORDO joins with the creative team from Elements Festival and DEG to take the Big Apple into the first sunrise of the 2023, transforming the infamous Brooklyn Hanger into fans’ personal beat-laden playground